The Maybach 210 engine used in the Initial Tiger utilised an external gearbox mounted on the rear wall to drive the cooling fans. The gearbox was driven in turn from a horizontal output at the top rear of the engine (See diagram below). 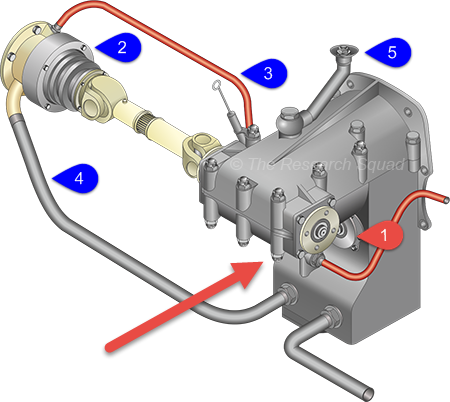 When we first set to examining the images of these couplings (2), we were not sure of their exact design, as differing Allied reports and 656/21 mentioned both mechanical and electro-magnetic clutches being used. What we did have however were the words Ortlinghaus and Remschied stamped onto the units. We then discovered the German company Ortlinghaus who had a long history (est. 1898) of clutch and coupling manufacture and got in touch with them. They were very keen to help, and quickly identified the units as one of their mechanical overload type clutches of a design almost identical to one still manufactured. They also cleared up the Remscheid stamp - this is the town where their factory was located and all of their clutches carried this mark on the release ring. Photographs on pages 70, 74, and 172 of the book 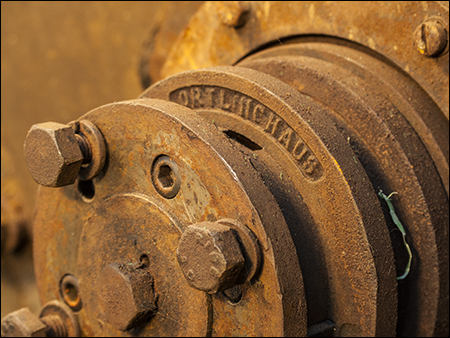 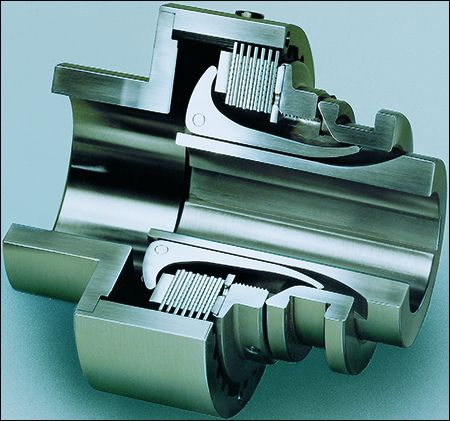