Further to threads on WorldwartwoZone and Missing-Lynx written by Ron Owen Hayes.

Despite being a self-confessed novice on the subject of Tigers, Ron had discovered something seemingly missed by everyone until now. He had noticed that the Aberdeen Tiger appeared to have two different types of wheel - one type with a seemingly double split rim and the second a single rim. So the next opportunity we had, we went back to investigate.​​​​​​​ 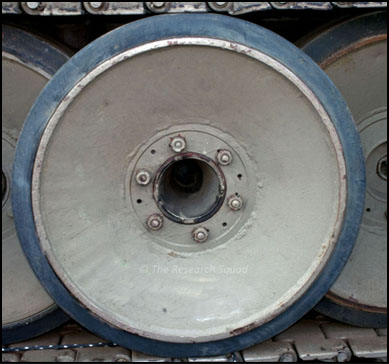 It transpired the ‘second’ rim is actually the overpainted shoulder of the tyre. It still means though that there are two different wheel types.The majority of the wheels have a thicker rim and the two anomalies have thinner rims. There are also two different sized tyres on all wheels - 800/94 and 800/95. Photographs on pages 32, 33 of the book. 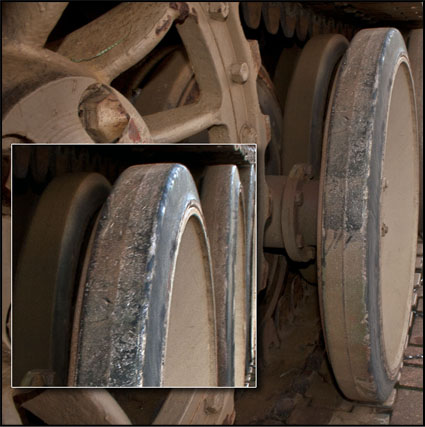 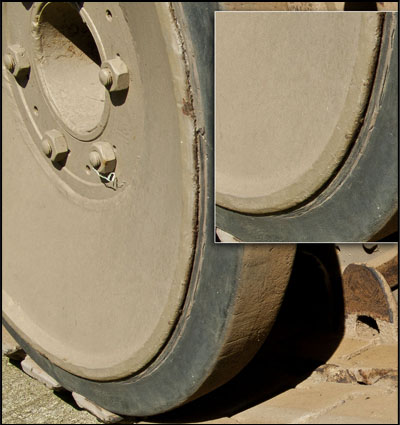 Additionally when we looked back at historical images of 712 something quite interesting was apparent. In the following image taken at APG just after the arrival of 712 it can clearly be seen that the two newer type wheels have what looks like German text on. These are the only two of this type on 712, both in this image and currently. What is more interesting is that pictures of 712 taken in Tunisia (Tiger without a Home) show that these wheels were on the vehicle before it was taken to the coast and retrofitted with missing parts. This means that these two wheels were fitted before 712 was captured and not after, indicating that the text on the wheels is likely to be from the workshop company that fitted them. The actual date they were fitted is of course unknown but must have been somewhere between Dec ‘42 and late April ’43. 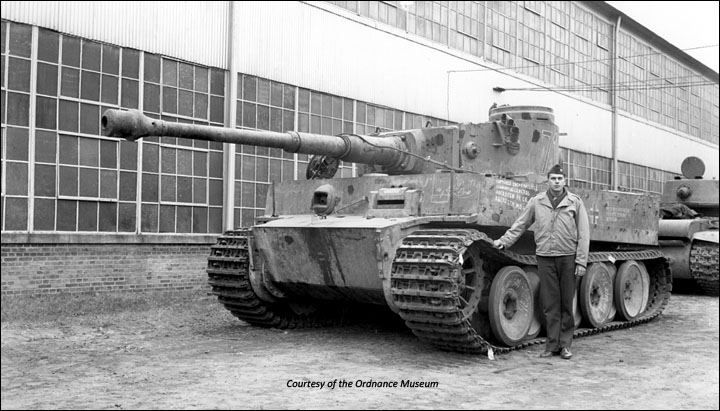